Oscar Wilde is one of the most celebrated literary figures of the 19th century and, in this series by the well-known Giles Brandreth, he takes on the role of detective.

Brandreth takes us to the London Wilde knew, complete with members’ clubs, secret societies and the other literary doyens of the day; Arthur Conan Doyle, Walter Sickert and Bram Stoker all feature. Narrated by Robert Sherard, grandson of Wordsworth and Wilde’s biographer, the books are quick to read and pull you along at quite a rate. Whilst Arthur Conan Doyle is one of the characters, his writing style is evident in Brandreth’s, with Wilde and Sherard forming a detective pairing similar to that of Holmes and Watson. Brandreth has clearly researched the books well, with real elements of Wilde’s life woven into the narrative alongside phrases that he is known to have written or said. This adds to a rich sense of Victorian London, alongside wonderful descriptions of travelling by carriage and long lunches with champagne.

Having read the first three books out of six, I would recommend these to anyone looking for a quick and lighthearted read with added literary merit. Oscar Wilde and the Candlelight Murders

focuses on the murder of a young boy, whilst Oscar Wilde and the Ring of Death

sees a dinner party game go wrong when those named begin to die in mysterious circumstances. Oscar Wilde and the Dead Man’s Smile

is a little different, with the story taking place years before Oscar was married, using a manuscript written by Sherard as its framing device. Whilst this opening is a little less engrossing, the mystery itself is just as gripping. There does not seem to be a specific order to the books, and Brandreth’s website suggests reading whichever comes to hand first.

I will definitely look forward to reading the other three! 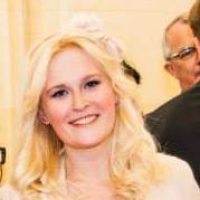 Oranges are not the Only Fruit